From the river into the city

Augsburg’s engineers and scholars were very resourceful in damming and redirecting the water of the rivers Lech, Wertach and Singold so that it would reach the entire city. In this achievement they were the European forerunners. 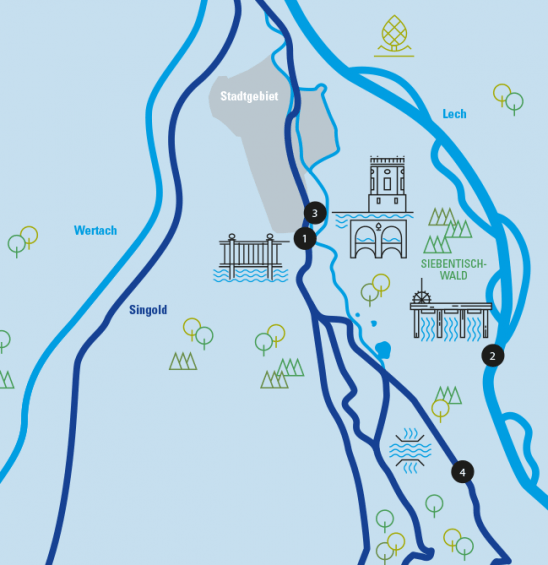 3. Waterworks at the Red Gate and Aqueduct 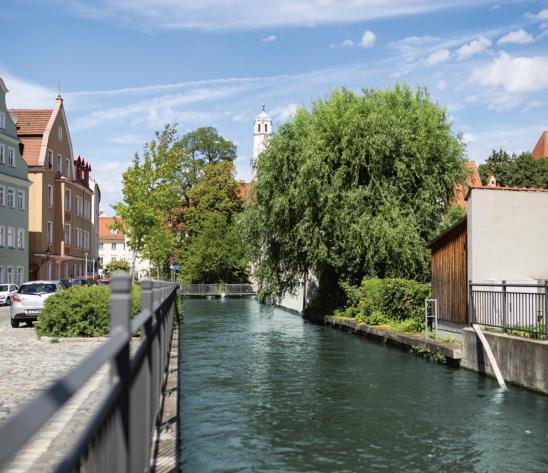 Schwalllech near St. Ursula in the old town
More bridges than Venice

During a visit to the old town, you see them at every turn: the canals, which have already carried water in and out of the city since the 8th century. They flow through the entire city, similar to the arterial system in the human organism. The canal systems of the Lech and the Wertach rivers run parallel to one another and culminate shortly before they join at Wolfzahnau and then each one returns to its river of origin.

Very few cities in Germany have more canals than Augsburg. This is the reason that there are indeed more bridges here than in Venice. More than 500 to be sure! In the picture here is the Schwallech near St. Ursula in the old town. 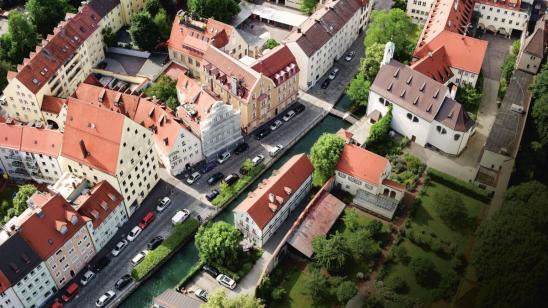 Bird's-eye view of the Schwalllech
Where the water comes from

Hochablass (High drainage weir) has been documented since 1346. From this point the water of the Lech is directed into the canal system. The Galgenablass (culvert) has existed since the 16th century. It is a water crossing where the drinking water and the process water are separated before flowing into the city.

Diversion and weir at Hochablass

In the 13th century Hochablass (High Drain) was already the most important diversion on the Lech for transporting process water into the canals. 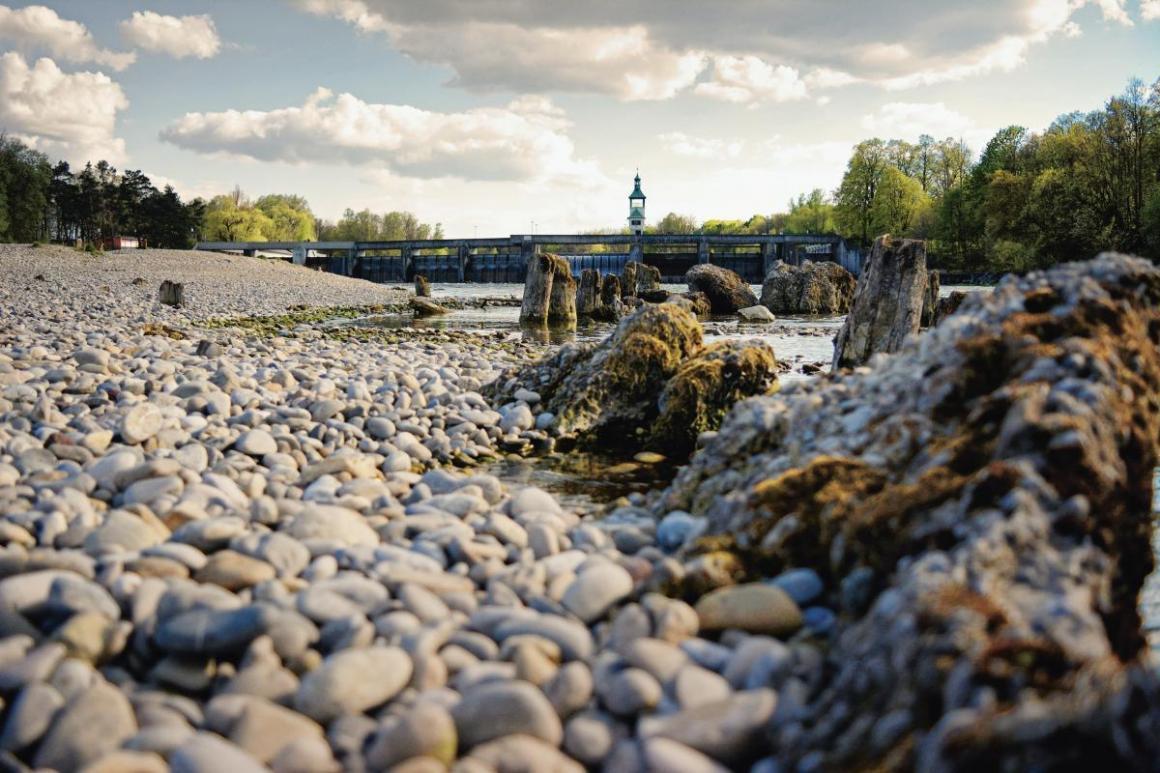 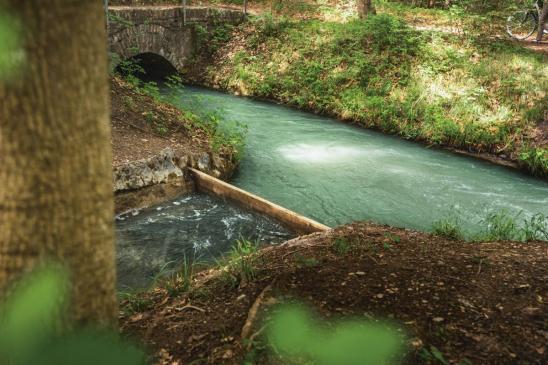 The Galgenablass (culvert) is the most important water crossing in the city’s forest. At one time there was a sluice here.

Water for the upper city

Separated by a wooden bulkhead, the Lech water and the spring water flowed over the aqueduct on the Red Gate and then into the city. 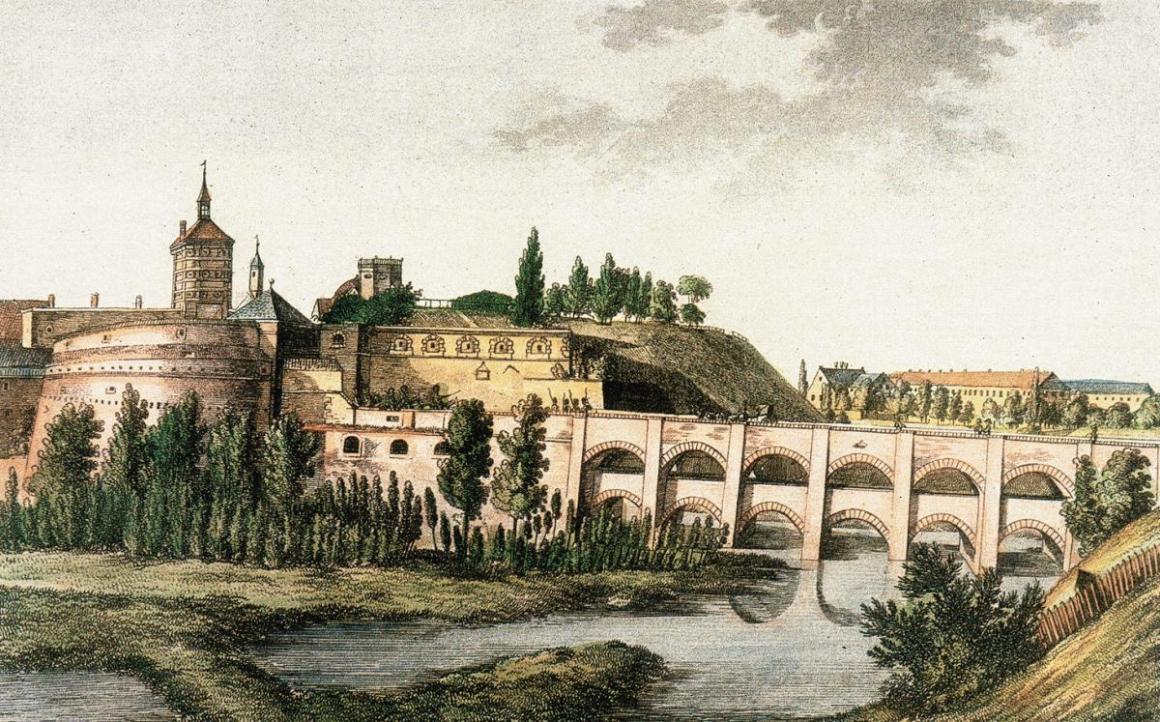 The aqueduct near the Red Gate 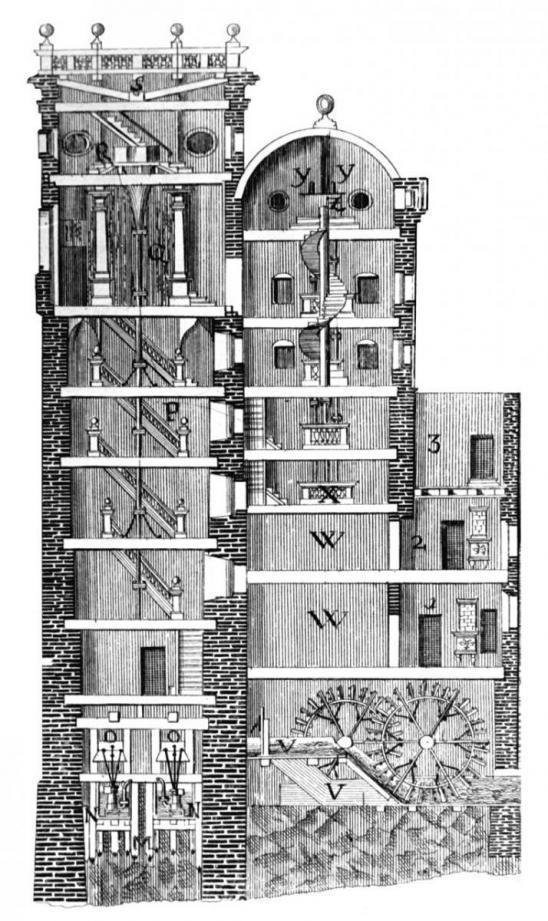 The water that flowed into the city by way of the Aqueduct was sent through the water towers beginning in the year 1416. This makes the Waterworks at the Red Gate the oldest existing in Germany and also in central Europe. This is the most significant feature in the World Heritage.