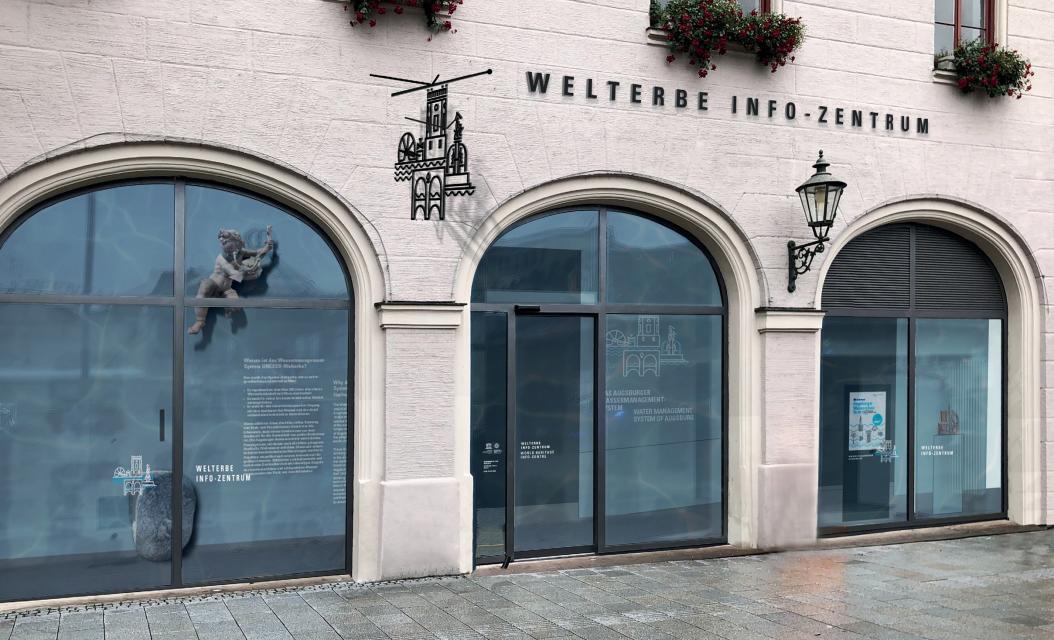 A Peek into the new World Heritage Info Centre

The World Heritage Info Centre covers about 100 square metres and is located on the ground floor of the Municipal Administration Building I. It is accessible barrier-free from Rathausplatz (Town Hall Square).

Details of an informational panel

Please note: We recommend that masks be worn

The Centre is closed on the following public holidays:

You are also welcome to send us an e-mail at welterbe.infozentrum@augsburg.de.

Thematic Routes instead of Individual Exhibitions

The centre illustrates the complex water system in pictures and texts. It serves as the first point of contact for interested visitors to Augsburg's World Heritage Site, which, with its 22 elements, is spread far and wide across the city, and beyond to the Lech River Museum in the Langweid hydroelectric power station. The themed routes include, for example, the Maximilian Museum with the original bronzes of the three fountains and the Model Chamber as well as the Historic Waterworks at the Hochablass (Lech weir).

The approach of presenting the complex theme not exclusively at one central location is also in line with the recommendations of the German Commission for UNESCO and is intended to encourage visitors to experience the individual themed routes along the various elements of the site. 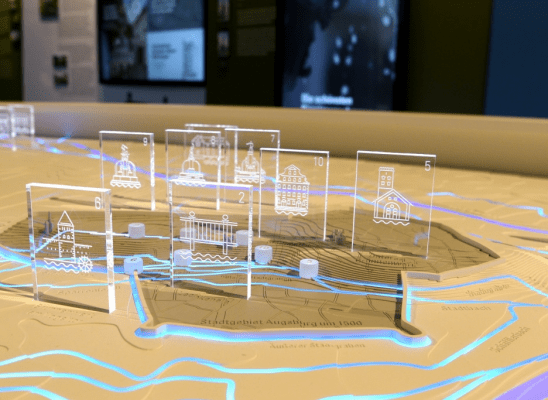 "The aim of the Info Centre is to give a first impression of Augsburg's World Heritage Site, which stretches over 30 kilometres, in context. We want to make the water system vivid and tangible, arouse enthusiasm and make it clear why Augsburg is a World Heritage Site. This place should provide an impetus for those interested to set out and experience the exciting elements on site," says the Officer for Culture, World Heritage, and Sports, Jürgen Enninger.

Explanations about UNESCO and the World Heritage idea also have their place in the Info Centre. Different media, such as film projections and the presentation of the 22 elements, illustrate Augsburg's World Heritage. The highlights of the information centre include a water illumination and a drinking water fountain on a boulder from the Lech River.